The Association was founded 26 January, 2009 at Paddymellon Creek; a place

which subsequently has happily attributed its name to the club's stadium.

Man in charge, Moses, has said of his ongoing-term at the helm:

"These are exciting times, defining times; they will absolutely, doubtlessly and unquestionably

shape, for better or worse, the future of a humble and ambitious club! We are going to build the

club on determination and teamwork. And throughout, we aim to be a welcoming community for everyone." 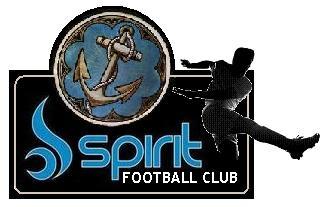 Most Team Goals in a Season ~

Top Scorer in a Season ~

Retrieved from "https://dugout-online.fandom.com/wiki/Spirit_F.C?oldid=5096"
Community content is available under CC-BY-SA unless otherwise noted.